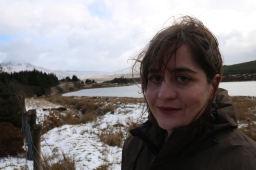 Seren is a Lecturer in Archaeology, predominantly interested in prehistory and archaeological science. She will be presenting on Francis Buckley who saw service on the Western Front during the First World War. Buckley is a key figure in British Mesolithic studies because of his excavation and collection activities as well as his role in developing typological distinctions. This paper explores how Buckley’s time spent in the trenches, along with his encounters with other people during the conflict, impacted his subsequent work. 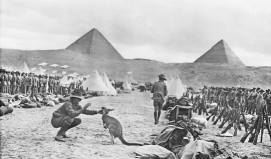 Sarah graduated from the University of Hull in 2015 with an MA in Military History. Her love of Egypt stems from her Undergraduate studies in Egyptology via the University of Manchester. A keen member of the ASTENE society, she has presented at UK Postgraduate conferences on Soldiering in Egypt and remains passionately committed to ensuring these histories are documented and preserved. Combining her research interests with forays into the CWGC cemeteries in Cairo has led to the formation of her first book on ‘Soldiering in Egypt’ and the Cairo War Graves Project, a CWGC supported initiative. 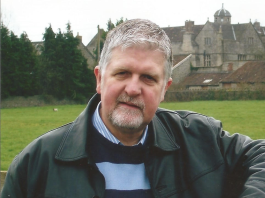 Before retiring following a brain haemorrhage in 2015, Stephen had a long academic career in the fields of archaeology and education, working at the Universities of Newcastle upon Tyne. Warwick, Bristol, Gloucestershire, and Gibraltar.  He conducted extensive fieldwork in Turkey, including a major survey of the Byzantine fortifications of Amasra (Amastris) and the excavation of the 4th-century church of St. Phokas at Çiftlik near Sinop (Sinope) on the Black Sea.  He served as the Honorary Secretary of the British Institute of Archaeology at Ankara and was awarded the Frend Medal of the Society of Antiquaries for his work on Early Christian Archaeology. 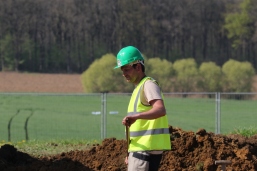 Simon is an archaeological project leader for Ruben Willaert BVBA. Simon has always had a genuine interest in history in general, but it was his visit to the Ypres Salient in High School which had the most impact on him to forge his career. The First World War became his biggest interest and he wanted to research this subject in his professional life. He first finished his Masters in History followed by a Masters in Archaeology (thesis: Caesar’s Nose excavation) at Ghent University. Starting work as an archaeologist in 2008, he gained experience while excavating all over Flanders, researching all periods (Bronze Age, Iron Age, Roman Period, Middle Ages). The first big World War 1 dig he directed was at Messines where his team found amazing and well-preserved relics. The excavation, of which a documentary was made for Channel 4, launched his career as a battlefield archaeologist and in the following years he excavated and directed digs of varying sizes at First World War sites in the Ypres Salient and the Yser Front. Biggest were the pipeline excavations (2014-2016) where the team researched 24km which resulted in 87 excavations which were conducted by a team of more than 30 archaeologists and DigHill80, a crowdfunded excavation of a German stronghold in the village of Wijtschate. Simon is also one of the organisers of an annual conference on Conflict Archaeology in Flanders (Conflict in Contact) and helped to organise the exhibition ‘Traces of War’ on FWW archaeology in the IFFM (Feb-Sept 2018). 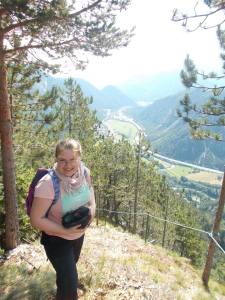 Anita Pinagli has worked for many years as a field archaeologist in various countries across Europe, and currently acts as vice auditor and scientific director of a small community, cultural and historical association named “Landscapes” in Friuli-Venezia Giulia, in Northeastern Italy. Throughout her career, she has had the opportunity to work on several community-based projects which found her analysing the level of engagement between local communities and archaeo-historical conflict landscapes. She graduated from the National University of Ireland, Galway with a BA in Archaeology in 2010, and received her MA from the same university in Landscape Archaeology in 2013. Inspired by her MA dissertation, entitled “The Valley Known as Val Canale: A landscape of convergence of ethnic groups and the perception of their archaeological heritage”, she was one of the primary promoters for the creation of the aforementioned association. The latter aims to conserve and study an underground commando bunker structure, which forms part of the “Vallo Alpino del Littorio, known as Forte Beisner – Opera 4 Ugovizza, and its surrounding military-historic landscape in Valcanale, Italy. 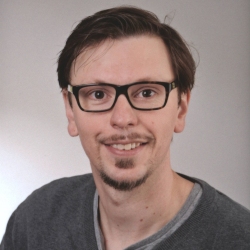 Volker Pachauer finished his master’s in architecture in 2008 at the Faculty of Architecture at Graz, University of Technology. He has researched 19th and 20th century fortifications for many years, including field trips and archive research in various countries. The results of this work led to a diploma-thesis about the former Austro-Hungarian war harbour Cattaro (Kotor) in modern-day Montenegro. He is a contributor and one of the founding and board members of the Austrian Society for Fortification Research (OeGF) which was established in 2008. Since 2009 he has worked as a scientific employee at the Institute of Urban and Architectural history at Graz, University of Technology, where his teaching and research lies within architectural history and intervention in historic buildings.  His doctoral thesis on the 1878 – 1914 Austro-Hungarian fortification system in Bosnia, Herzegovina and Montenegro is planned to be finished this year. Since 2018 he has been a member of the ICOMOS Austria national committee. 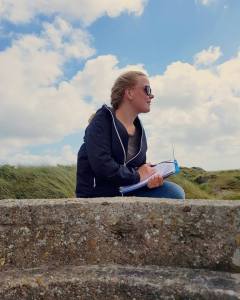 Camilla received her BA in English Language, Literature and History from the University of Southern Denmark in 2016, with her subsequent MLitt in Conflict Archaeology and Heritage from the University of Glasgow the following year. Her MA dissertation focused on the cultural heritage of the island of Fanø’s WWII coastal defences. Her research interests include dark heritage, internment and confinement, and the archaeology of genocide. 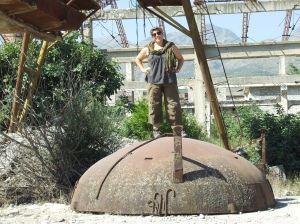 In addition to being one of the MCA organisers, Emily is an archaeologist and PhD candidate at the University of Bristol where she is researching the perception and identity of Albania’s mushroom-shaped bunkers (MSBs) from the Cold War era to present. She has been a regular visitor to Albania since 2001 where she participated in seasonal excavations for 13 years at the UNESCO World Heritage Site of Butrint and its environs. It was while digging up Hellenistic, Roman and Medieval archaeology that she began to consider Albania’s more recent communist past. The remains of this period were clearly still extant across the landscape and were brought to life in stories told by her Albanian friends. She soon came to wonder if such a juxtaposition of tales regarding happy and sad people living comic and tragic lives during a totally alien (to her) time period could be reflected through Albania’s omnipresent MSBs. There was a high level of population involvement in their manufacture, installation and maintenance under communism, which tailed off during an early democracy ambivalence, but has steadily picked up in various ways since 2005. This paper will use examples of MSB engagement to demonstrate how, collectively, this contested 50 year old object has navigated a regime change and found a degree of relevance in modern day Albania. 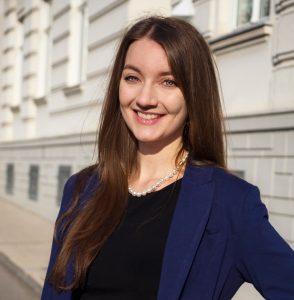 Laura is a Masters student of Cultural Heritage Studies at University College London and holds a Bachelor’s degree in History from the University of Vienna. In my research on the birth house of Adolf Hitler I seek to understand this academically overlooked site, embed it in heritage theory and engage in questions on the future use of the building in consultation with local and national stakeholders. 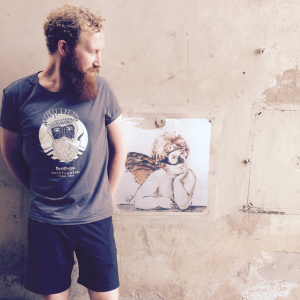 Joel recently received his PhD from the University of Bristol where his thesis was based upon an analysis of the material side of Turkish politics, specifically focusing upon the political graffiti in Istanbul and their place within the Turkish political and social landscape. This research has led him to focus upon other areas relating to Turkey and Turkish politics utilising contemporary archaeology, visual anthropology, material culture, the archaeology of modern conflict and the archaeology and anthropology of landscape, as tools to dissect and analyse the current political turbulence of the nation.